Port N Starboard in New London was the setting recently for the Eastern Connecticut Association of REALTORS®’ 2003 REALTOR® Of The Year presentation. REALTOR® Of The Year Committee Chairman Norman Krayem, owner of Realty Executives of S.E.C.T. in Groton, presented the award to Thomas Switz, owner of Switz Real Estate Associates in Mystic, CT. Selection for the award is based on service to the local, state and national REALTOR® associations as well as community involvement.

Active in civic and association affairs, Switz has been a member of the Eastern Connecticut Association of REALTORS® since 1985. He is currently the Immediate Past President of ECAR, sits on the Association’s Board of Directors, and serves a member of the Political Action, Strategic Planning and Finance Committees as well as the Electronic Data Display Task Force. He also serves as a Connecticut Association of REALTORS® State Director and is a REALTOR® Political Action Committee Trustee and serves on the Candidate Certification Committee at the state level. He is also a member of the Mystic Lions Club (and past President), the Mystic Community Center Board of Trustees and the Chelsea Groton Saving Bank Board of Trustees.

Norman Krayem, owner of Realty Executives of S.E.C.T. in Groton, CT was also announced as ECAR’s candidate for the Connecticut Association of REALTORS® REALTOR® Of The Year award which will be presented later this year to one of the 12,000 REALTORS® in Connecticut. 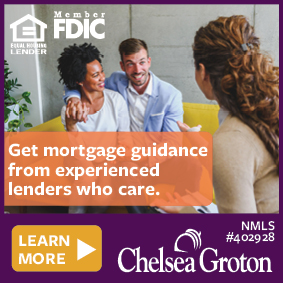