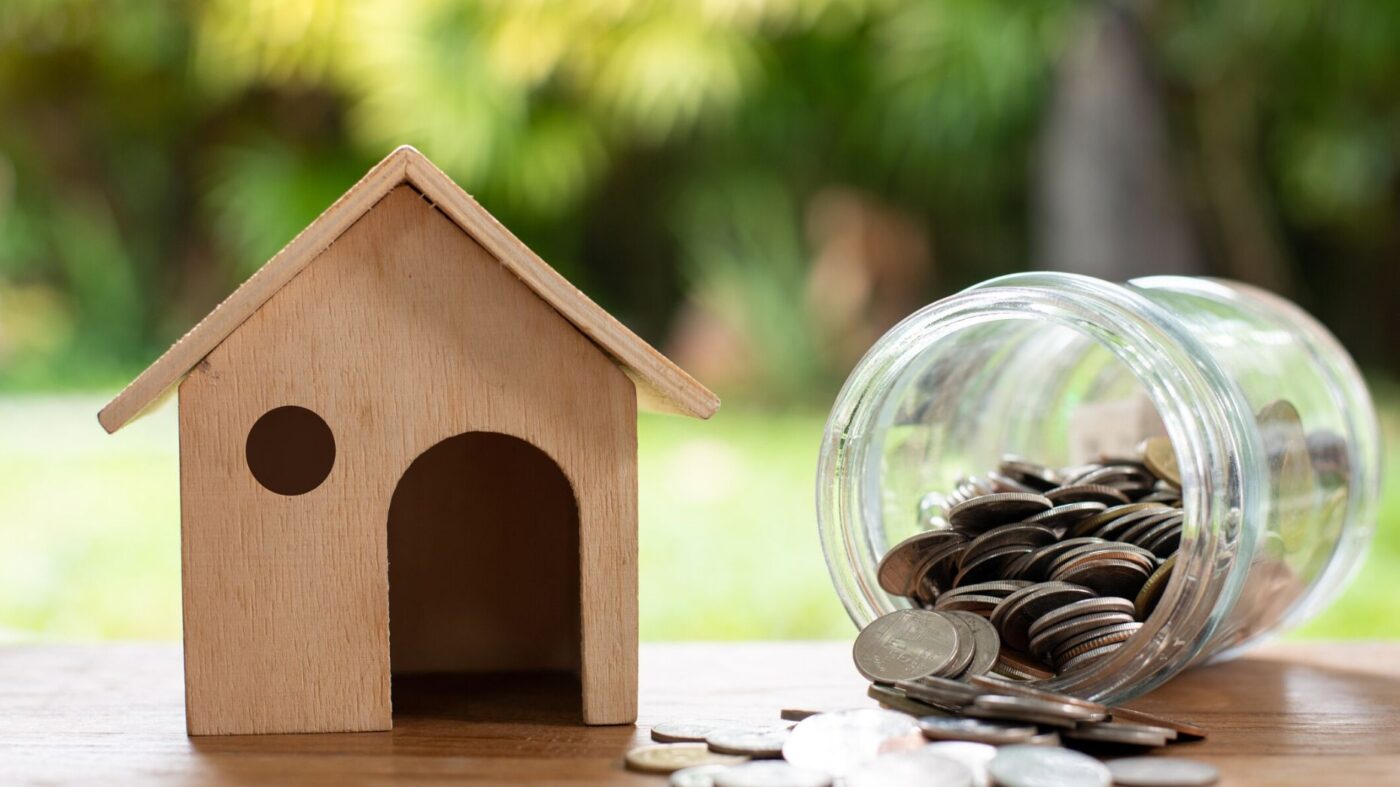 Spurred by historically low interest rates, new refinances made up about $328.5 billion in total dollar volume. While that number was down by 16 percent quarter-over-quarter, it was up by 105 percent year-over-year.

“Home-loan data was way up again in the first quarter of the year, with refinancing activity again accounting for more than half the total volume of mortgages,” Todd Teta, chief product officer at Attom Data Solutions, said in a statement.

“The number and dollar value of home loans marked yet another sign of how charged up the U.S. housing market continued to be in the early months of the year when everything was still pointing in the right direction,” Teta added. “Unfortunately, that is all uncertain now due to the economic fallout from the virus pandemic that could throw the market into a downturn.”

Across most parts of the U.S., mortgage refinance originations rose during the first quarter. Out of the 192 metro areas Attom analyzed that had a population greater than 200,000 and with at least 1,000 total loans, refinance originations increased year-over-year in 186 of those metro areas, including Chicago (up 129.3 percent); Los Angeles (up 115.9 percent); Dallas-Forth Worth (up 87 percent); New York (up 71.2 percent) and Houston (up 53.1 percent). 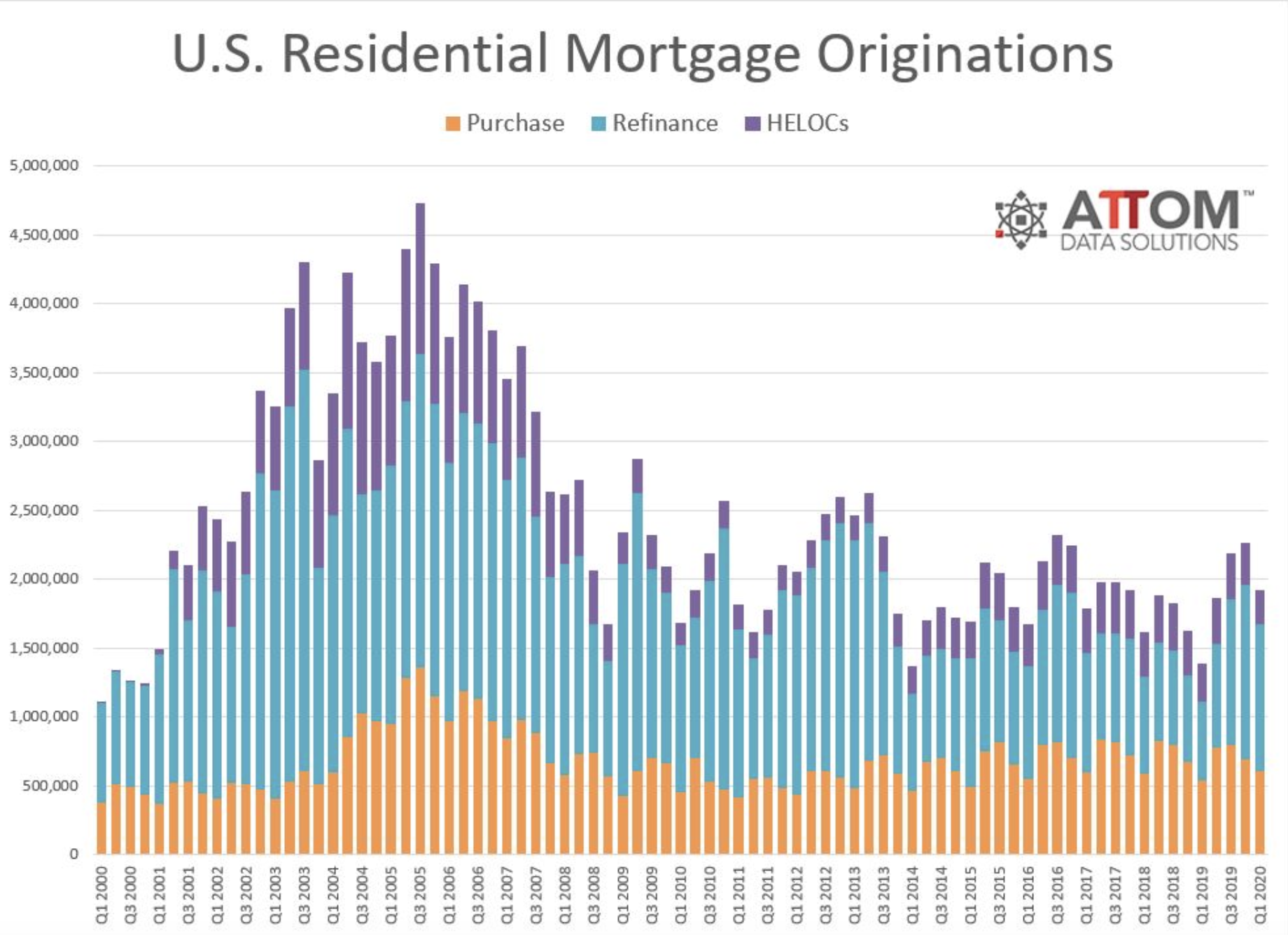 For real estate agents, marketing is a means to build relationships with potential and existing …

Purchase mortgage originations also rose across the nation by 13 percent year-over-year to 606,703 residential purchase originations. That number, however, was down by 12 percent from Q4 2019.

The greatest increases year-over-year in purchase mortgage originations were in Savannah, Georgia (up 299 percent); Lafayette, Louisiana (up 230.9 percent); South Bend, Indiana (up 143.4 percent); Los Angeles (up 121.7 percent) and Ventura, California (up 115.5 percent).

Originations of home equity lines of credit (HELOCs) dropped by 20 percent quarter-over-quarter and by 11 percent year-over-year. However, HELOC mortgage originations did rise in about 25 percent of metro areas, counter to the national trend, including in Fort Wayne, Indiana (up 78 percent); Topeka, Kansas (up 47.1 percent); Youngstown Ohio (up 44.1 percent); El Paso, Texas (up 44 percent); and Rochester, Minnesota (up 42.7 percent).

The share of mortgages backed by the Federal Housing Administration (FHA) dropped slightly in the first quarter, both by 4 percent from Q4 2019 and from Q1 2019. Residential loans backed by the U.S. Department of Veteran’s Affairs (VA) reached an all-time high of 9.7 percent of all residential property loans originated during this quarter, the greatest share it’s held since Attom began tracking this data in Q1 2000.
Find a REALTOR® › 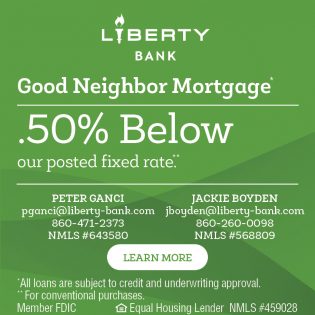